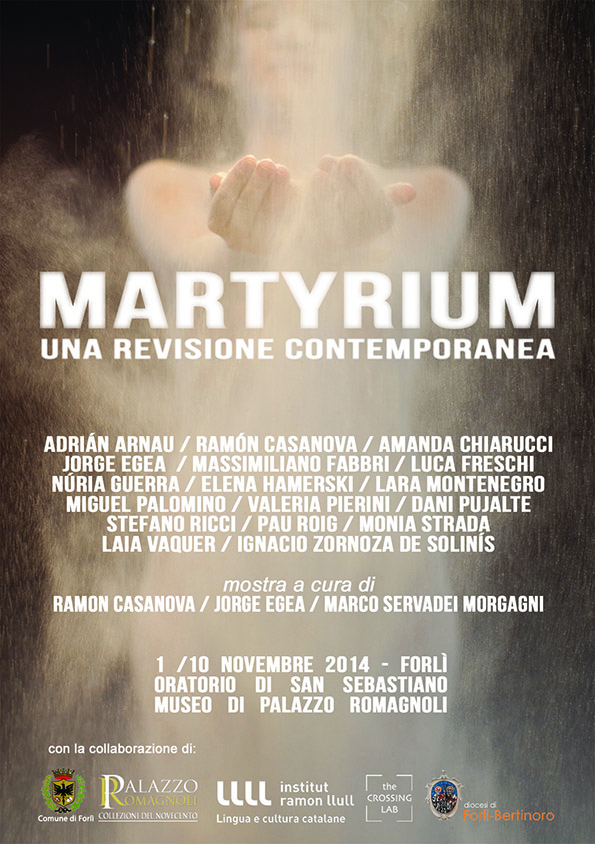 Next 1st of November will open the last stage of the travelling exhibition MARTYRIUM SANCTAE EULALIA in the ORATORIO DI SAN SEBASTIANO and MUSEO DI PALAZZO ROMAGNOLI de Forli.

Organised by The Crossing Lab and ICRE and curated by Jorge Egea, Ramón Casanova and Marco Servadei Morgagni, ‘Martyrium’ creates a dialogue between different artistic visions by very actives Spanish and Italian artists both in the national and international context. An opportunity to revisit the traditional iconography of martyrdom that has had as its starting point in the image of Santa Eulalia, saint patron of Barcelona.

In collaboration with Ramon Llull Institute