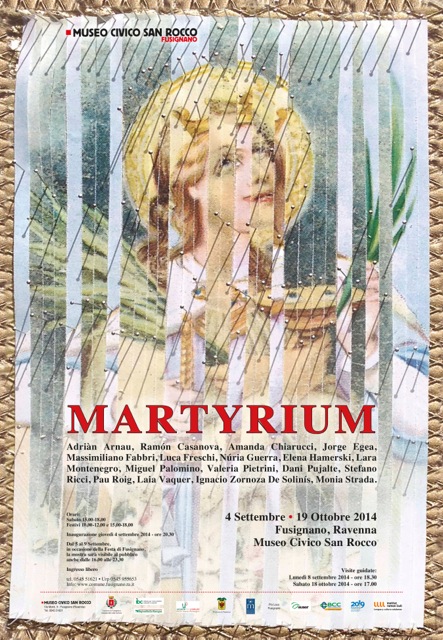 The project “Martyrium” continues its traveling exhibition in Italy where several associates and collaborators from ICRE are involved.

Curated by Jorge Egea, Ramón Casanova and Marco Servadei Morgagni, “Martyrium” creates a dialogue between different artistic visions by very actives Spanish and Italian artists both in the national and international context. An opportunity to revisit the traditional iconography of martyrdom that has had as its starting point in the image of Santa Eulalia, saint patrone of Barcelona.

From 5th to 9th September
on the occasion of the Feast of Fusignano,
The exhibition will be open from 4pm to 11,30pm