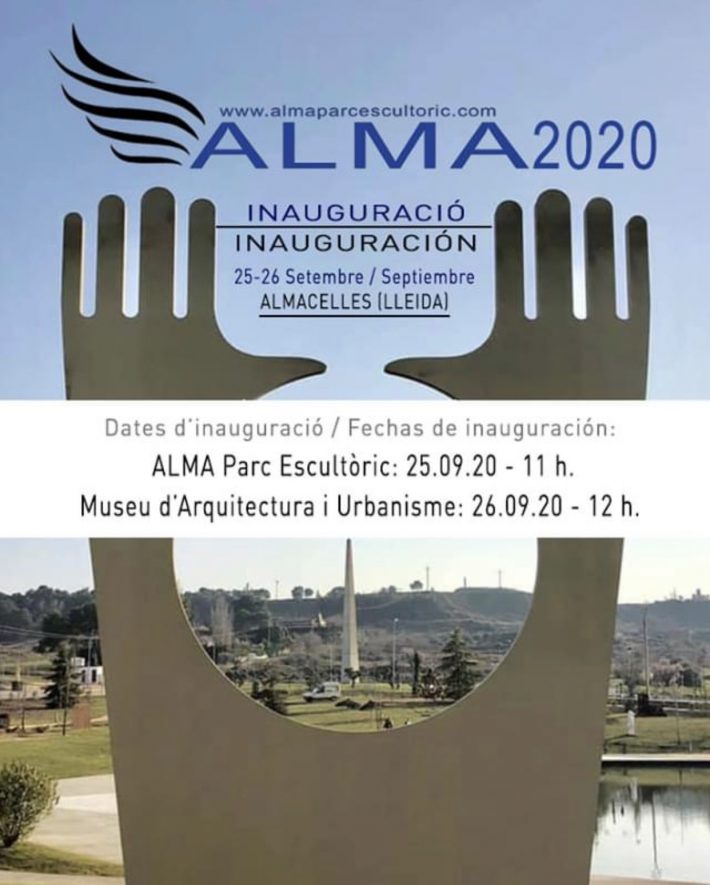 ICRE partners Núria Torres, Mer Jimenez, Mario Molins, Jorge Egea and Adrián Arnau have participated in the last edition of the Parc Escultòric de Almacelles initiative. His works can be seen in the Europa de Almacelles park and in the Museu d’Arquitectura i Urbanisme. One of Jorge Egea’s sculptures that are part of the exhibition. True to his style Mario Molins has participated with several of his wood carvings. In addition to several monumental sculptures installed in Parque Europa, Mer Jiménez shows three of her small-scale works in the Almacelles museum.