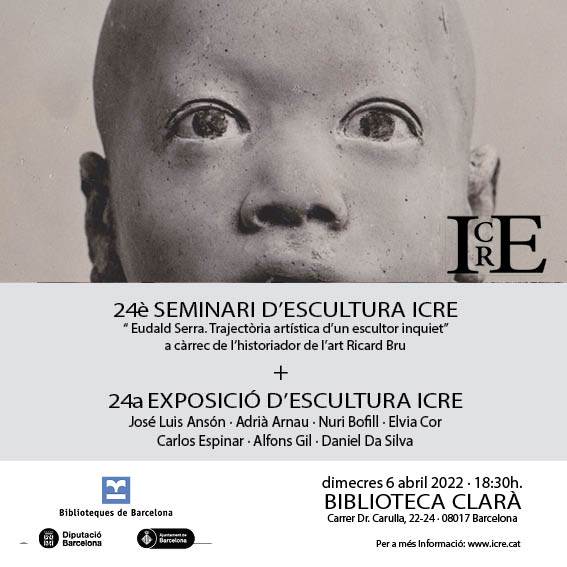 On Wednesday, April 6, at 6:30 p.m., we will hold a new Seminar at the Clarà Library (Calle del Doctor Carulla, 22-24, 08017 Barcelona). This time it will be taught by the historian Ricard Bru and will be titled: «Eudald Serra. Artistic career of a disturbing sculptor».

Eudald Serra i Güell (Barcelona, ​​1911-2002) was a Catalan sculptor who was a pioneer of the post-war Catalan sculptural avant-garde. A disciple of Àngel Ferrant, he became known at the scandalous ADLAN exhibition (ADLAN group, Friends of New Art) at the Llibreria Catalònia in 1935.

With a surrealist style, he moved between the organicism of Hans Arp and the montages of Juli González. He lived for a while in Japan, working on his return in an oriental-inspired style. In the 1950s he cultivated a non-figurative sculpture with an organic structure, with warped surfaces with a great profusion of holes. He worked as a potter with Josep Llorens i Artigas. Many of his works are missing or unlocated. However, some of these and some of those that survive can be seen reproduced in the catalog of the retrospective exhibition at the Palacio de la Virreina in Barcelona, ​​​​although it does not include some of the monumental works (perhaps the most emblematic) in spaces public. One of his sculptures, Vaca, can be seen in the open-air Sculpture Museum of Monistrol de Calders (Moianès); Previously, this sculpture was on the El Pedregar estate in Bellaterra, belonging to Fèlix Estrada Saladich, the founder of Muebles La Fábrica.

He was also known for his collaboration as an ethnologist with the Ethnological Museum of Barcelona, ​​​​for which he made anthropological sculptures, and his contribution to creating the largest collection of non-European art in Catalonia, the Museum of Non-European Art or ethnological collection of the Folch Foundation, founded by patron and collector Albert Folch i Rusiñol (1922-1988). 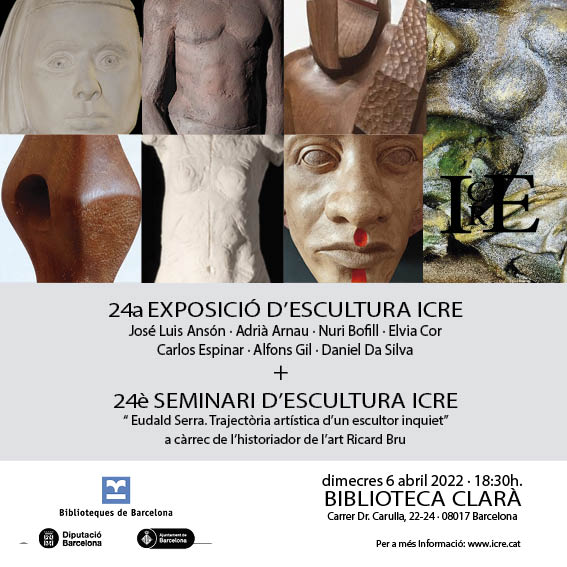 As always, together with the seminar, a small exhibition of 8 sculptures by some ICRE members will be inaugurated. This time they will be from: José Luis Ansón, Adrià Arnau, Nuri Bofill, Elvia Cor, Carlos Espinar, Alfons Gil and Daniel Da Silva.

Very important!: everyone is reminded that the event is being held inside the Library. Therefore, the use of a mask is essential.