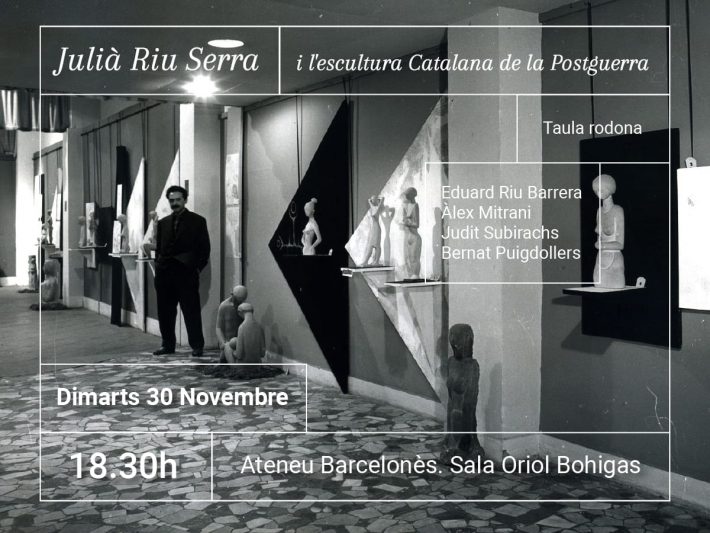 On Tuesday 30 November at 6.30 pm, a round table will be held at the Ateneu Barcelonès on the work of J. Riu Serra and the post-war Catalan sculptural renovation, in commemoration of the 100th anniversary of his birth in 1921 in Molins de Rei.

This year 2021 marks the centenary of the birth of the sculptor Julià Riu Serra, who, during the 1950s, played a prominent role in the process of renewing Catalan sculpture. This commemoration serves as a pretext for us to vindicate the work of artists of this generation - often forgotten or underestimated - and to reflect on their role in our art history and how we should preserve their legacy.

Eduard Riu Barrera, Archaeologist and historian of the Architectural Heritage Service of the Generalitat de Catalunya; Àlex Mitrani, Curator of Modern and Contemporary Art at the National Art Museum of Catalonia, and Judit Subirachs, Art Historian and director of the Espai Subirachs in Barcelona.

Presented by: Bernat Puigdollers, speaker of the Section.