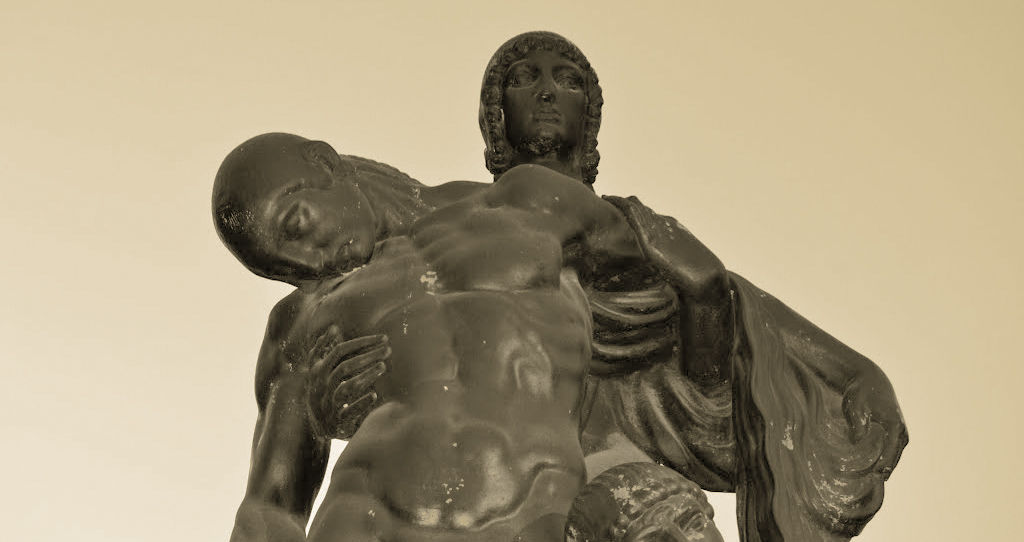 The City Council of Tarragona will pay tribute to the figure of Julio Antonio, the author of one of the most iconic sculptures in the city, the Monument to the Heroes of 1811, better known as the statue“dels Despullats”. This space where the sculpture is located will also be named after the artist of Móra d’Ebre, in an act of recognition.

The Mayor of Tarragona, Pau Ricomà, will discover the plaque this coming Saturday at 12 noon, accompanied by the President of the Tarragona Provincial Council, Noemí Llauradó, the Mayor of Móra d’Ebre, Joan Piñol, the hometown of Julio Antonio and the historian Antonio Salcedo.

During the event will also be the participation of the Banda Unió Musical de Tarragona, who will perform ‘El héroe muerto’, a piece recovered from the Archive of the same band and which the composer Mariano San Miguel, co-authored with the sculptor, dedicated to the monument and the artist.

Julio Antonio is the author of this sculpture, which commemorates the feat of the men who defended the city of Tarragona from French troops during the siege of 1811.It is considered the first symbolic monument of a Spanish nature, inaugurated in 1931, much later than his death.